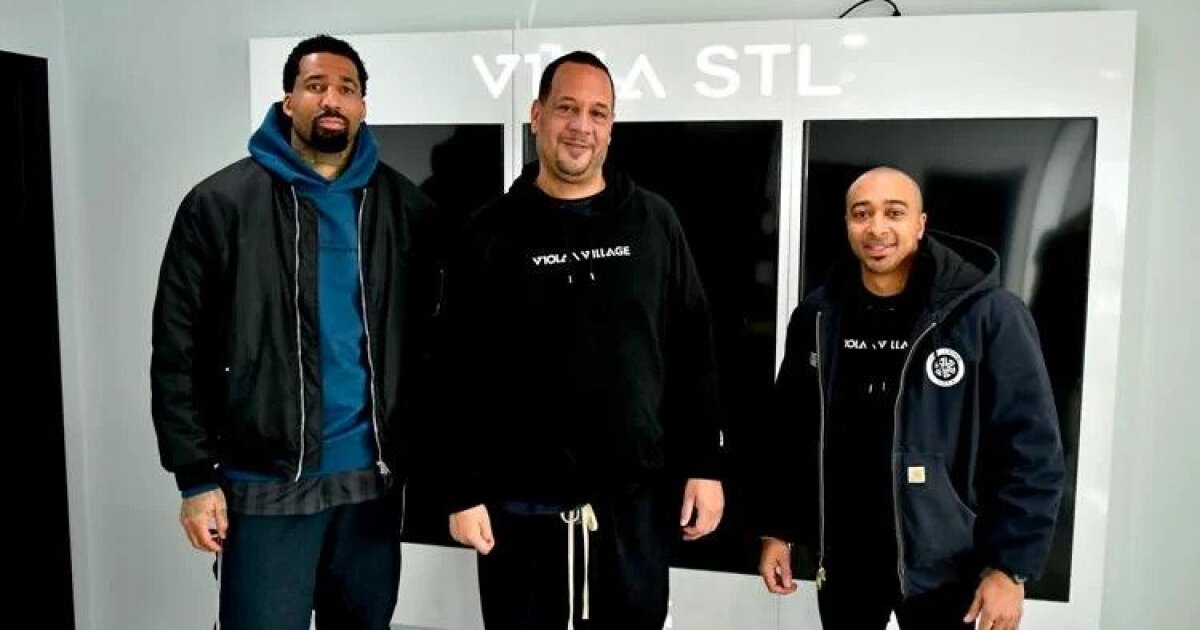 ViolaSTL, a cannabis dispensary outlet, is serving medicinal patients at its 2001 Olive Street location and is the only African American owned shop in the downtown St. Louis area.

Pettigrew and Taylor celebrated the store’s debut on Monday afternoon, and several customers stopped by before its doors were officially open.

“We want to be in urban areas,” said Pettigrew, who along with Taylor opened dispensaries in downtown Detroit and Chicago.

“A lot of these area are underserved, and Black ownership is important because few dispensaries are owned by African Americans.”

Pettigrew said he and his partners’ zeal to open dispensaries is based on past law enforcement efforts that “targeted certain people.”

The American Civil Liberties Union found in a 2020 analysis that Black people are 3.64 times more likely than white people to be arrested for marijuana possession, even though Black and white people use marijuana at similar rates.

It is also a lucrative business, especially since Missouri has legalized recreational marijuana use.

Marijuana Business Daily, an industry newsletter, estimates that retail marijuana sales will have reached $33 billion when final totals are released for 2022, and $52.6 billion by the end of 2026.

Unfortunately, there are few Black dispensary owners in the St. Louis area, Missouri, and United States.

Because states do not readily identify the race of dispensary owners it is difficult to find an exact national percentages. However, the Missouri Medical Cannabis Trade Association reported in 2021 that there were 192 dispensaries in the state, and none were owned by a Black entrepreneur.

That changed in January 2022, when Adrienne Scales-Williams launches Luxury Leaf at 1463 S. Vandeventer Avenue in The Grove neighborhood.

A 2017 MjBizDaily survey concluded only 4% of cannabis companies were owned by African-Americans. In a 2022 update, it reported businesses with owners who identified themselves as minorities was around 19%.

That figure includes 5.7% of owners who identified themselves as Hispanic/Latino and 2.4% that were Asian. Another 6.7% labeled their race as “other.”

Jesce Horton, co-founder and board chairman of the Minority Cannabis Business Association, told MJBizDaily “The biggest need and the biggest disparity and the biggest outrage has been the licensing process and the ability for small businesses to first get into the market.”

“And then to survive after dealing with large taxes, huge licensing fees or all these other things that we fear are shaping up in opposition of minority entrepreneurship,” he said.

ViolaSTL has overcome the obstacles and will “bring hundreds of jobs” to the city by the close of 2023, according to Pettigrew.

The location has opened just over two months after Missouri voters approved recreational use of marijuana.

“Now that this is legal, it is important that we deliver a positive experience for our customers,” he said. “For now, we will prioritize medical patients.”

“We will soon transition to medical and recreational customers.”

As for Hughes’ involvement, Pettigrew said “we wanted to be as local as possible and given his involvement with this city, Larry is excited to be involved.”

“He is always giving back to his community, and the best way to show that is to be an owner.”

Taylor said the partners have been working to find a location and open a business for four years, and the area where ViolaSTL has opened “does not look like it did back then.

The store is located across from SC STL soccer stadium and is adjacent to the St. Louis Metropolitan Police headquarters.

“This is exciting for us,” Taylor said.

“We are going to have great product and great customer experiences.

Taylor navigated the details of licensing and the store’s design and buildout. According to Pettigrew, Taylor crafted “the highest scoring application in the state.”

“We love this neighborhood. We love being by the soccer stadium. We are huge soccer fans,” Pettigrew said, just hours before the location greeted its fist customers.